After earning a Ph.D. in Mechanical Engineering from Florida State University, Dr. Sivaram Gogineni relocated to near Wright-Patterson Air Force Base in Dayton, Ohio. Since 1998 he has conducted a broad range of engineering and scientific research on technologies such as aero-optics, aircraft jet noise, turbomachinery, gas turbine combustion, optical and laser based diagnostics, hypersonics, detonations, fluid dynamics, and aerodynamics. He has managed related contracts sponsored by various U.S. government agencies (e.g. DoD, NASA, and NIH) and the aerospace industry (e.g. Boeing, Lockheed, Pratt & Whitney, and GE Aviation).

With a spirit of entrepreneurism and innovation, Dr. Gogineni has been involved in the formation of several small businesses. He’s published more than 200 research articles in professional journals, conferences, and symposia and over the past 25 years has delivered invited lectures at various academic and government organizations across the world. He has been recognized by esteemed professional societies, such as AIAA (American Institute of Aeronautics and Astronautics) and ASME (American Society of Mechanical Engineers) and has received the AIAA Sustained Service Award, ASME Dayton Section Life Time Achievement Award, and Affiliated Societies Council’s Outstanding Engineer/Scientist Award. He is a Fellow of AIAA and ASME. He served on the Board of Directors for AIAA for seven years and is currently the Chair of Board of Advisors for University of Cincinnati Aerospace Engineering Department, a member of Board of Advisors for Wright State University Mechanical Engineering Department, and Board of Trustee member for the non-profit, Discovery Lab Global.

Dr. Gogineni contributes to aerospace public policy with visits to our nation’s capital – meeting congressional delegates and staffers on a regular basis to advocate on behalf of the aerospace industry. He contributed to STEM (Science, Technology, Engineering, and Math) by organizing summer teacher internships, recruiting high school students for summer co-ops, mentoring k-12 students, and participating in local and national STEM gatherings. 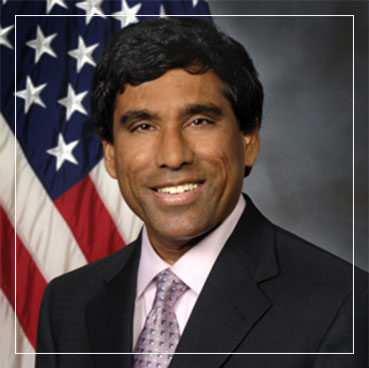 Sivaram P. Gogineni, Ph.D. is the President of Spectral Energies. Spectral Energies is comprised of a team of pioneering scientists and engineers specializing in Gas Turbine Propulsion/Power, Sensors/Diagnostics, Hypersonics, Aero-Optics, Plasma Physics, Wind Tunnel Research, Aero-Acoustics and Material Research. In addition to Spectral Energies, Dr. Gogineni is involved in many professional organizations both locally and nationally.